There were several issues with the PLC unit I have been using for the project. The first is that it is obsolete and it had to be fixed twice for output problems. It was also limited by the number of I/O points and had no analog capability. This meant it could not sense or control the speed of the trains. Because of the limited I/O space, certain limitations in building it such as the track switches. The PLC had to assume when the switches were thrown, they the switches did not jam. In the event of a jam, if the switch was still being selected, the internal motor would soon burn out since it would not make its internal limit switch. I had to incorporate an enable relay to prevent this situation and had to assume the switches were thrown and did not jam. In addition, the PLC unit had limited memory for programs and once I had written the interchange program, more then 70% of the memory was filled which meant I could not write all the routines I wanted.

So after doing some research, I decided to upgrade the PLC unit to a more modern one with more I/O capability and memory. I chose an Allen-Bradley Micrologix 1400 since it has built in analog. Although there are cheaper PLC units out there with the same amount of I/O I wanted to stick with Allen-Bradly and the software has been reliable. 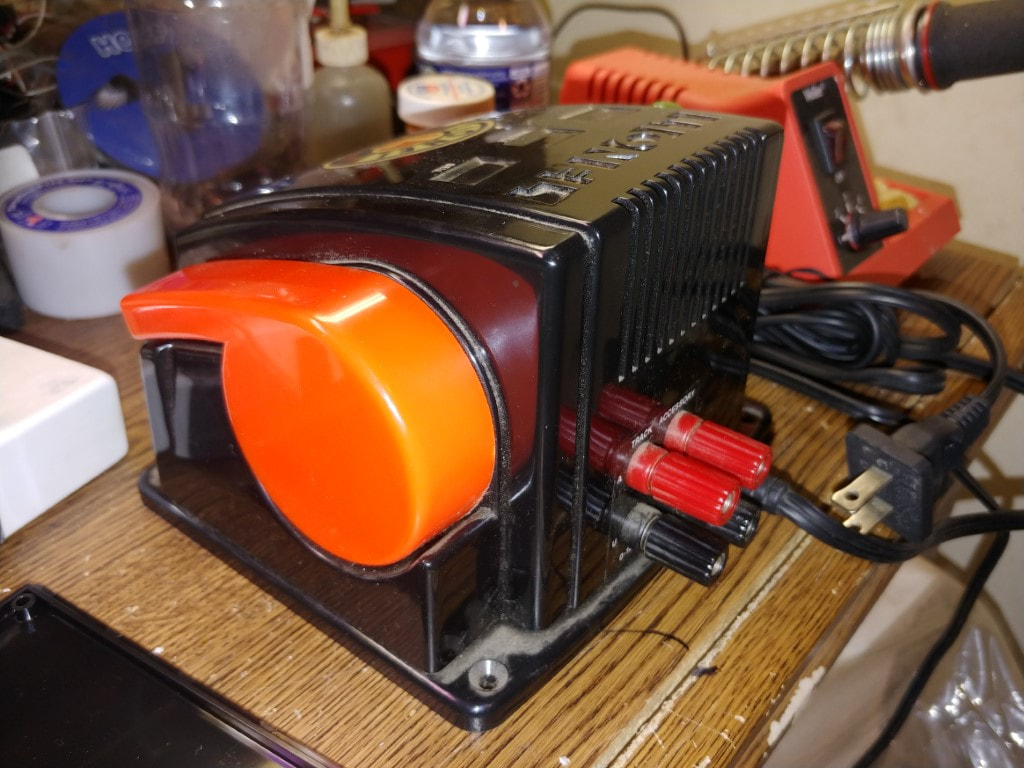 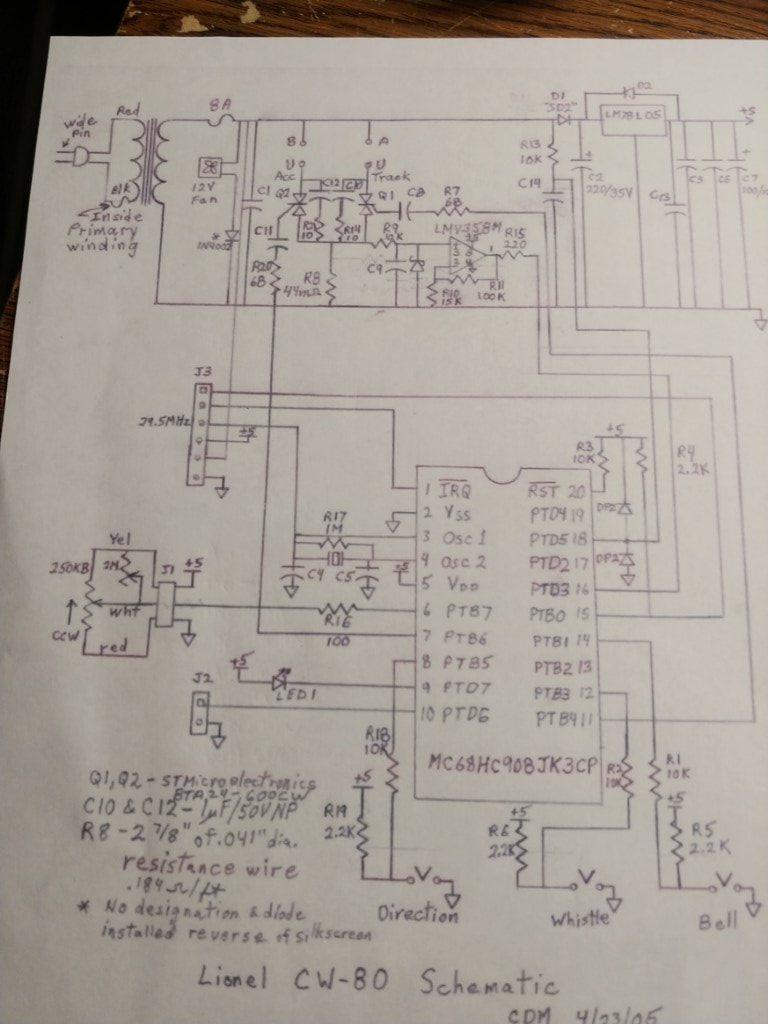 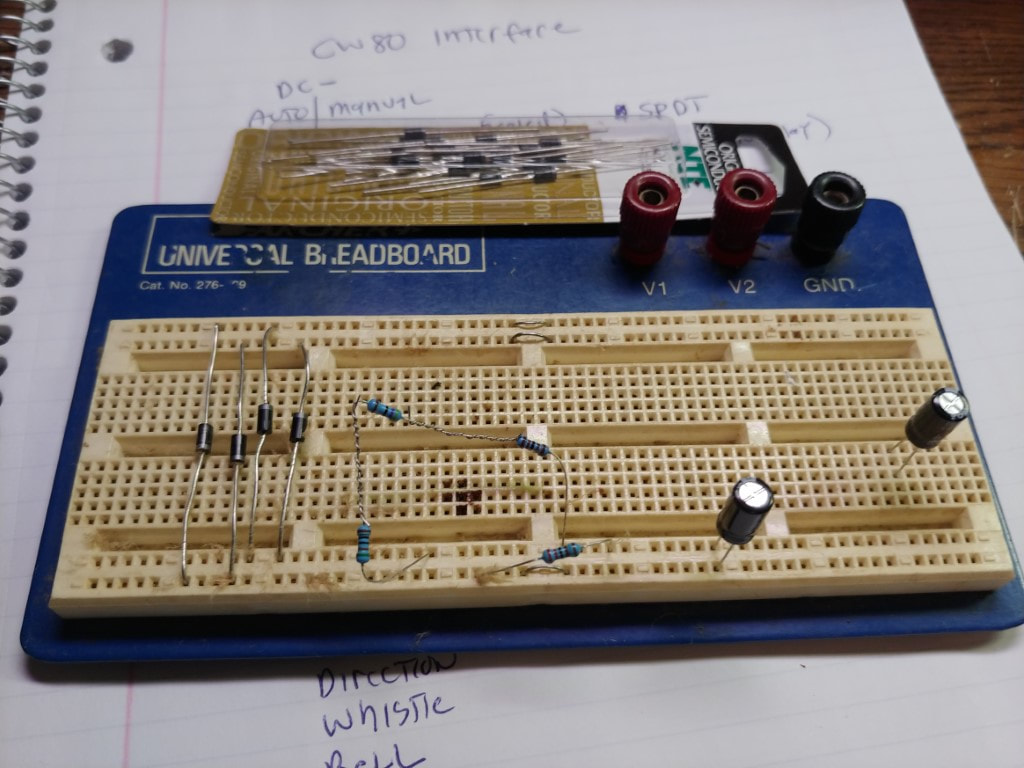 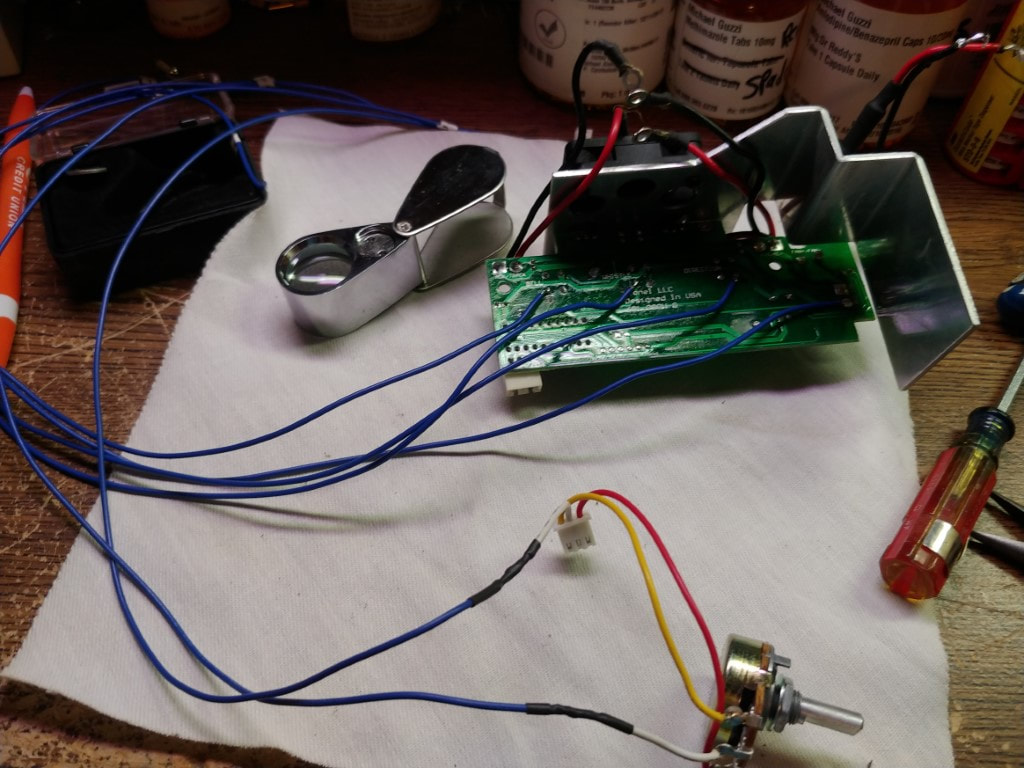 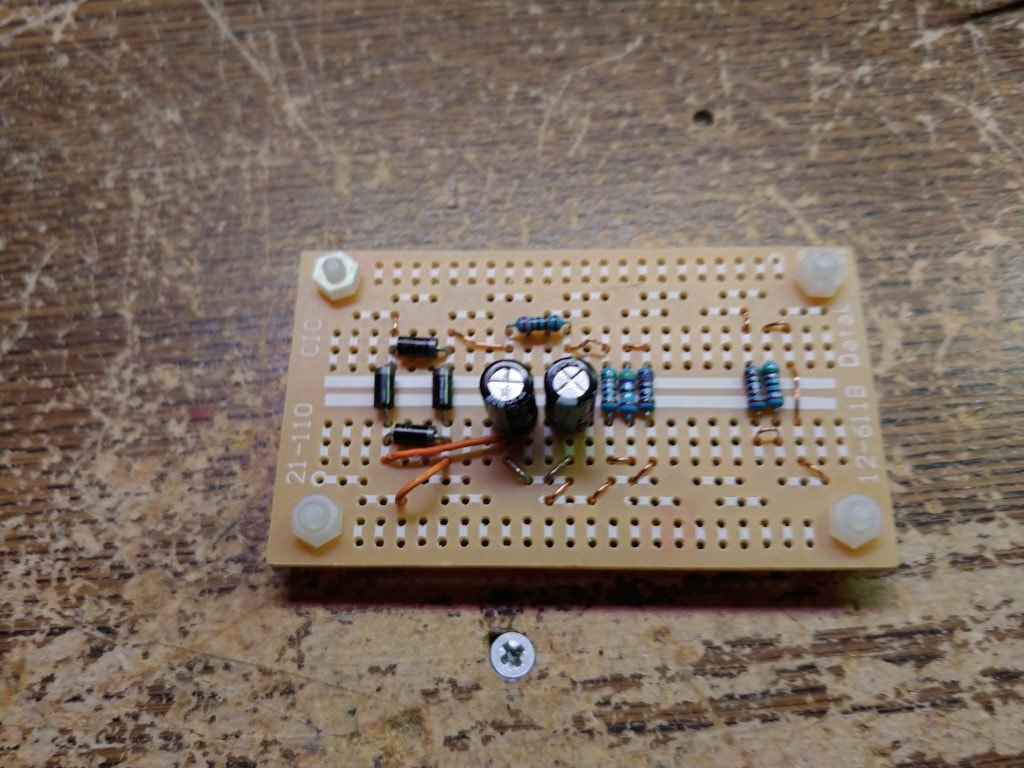 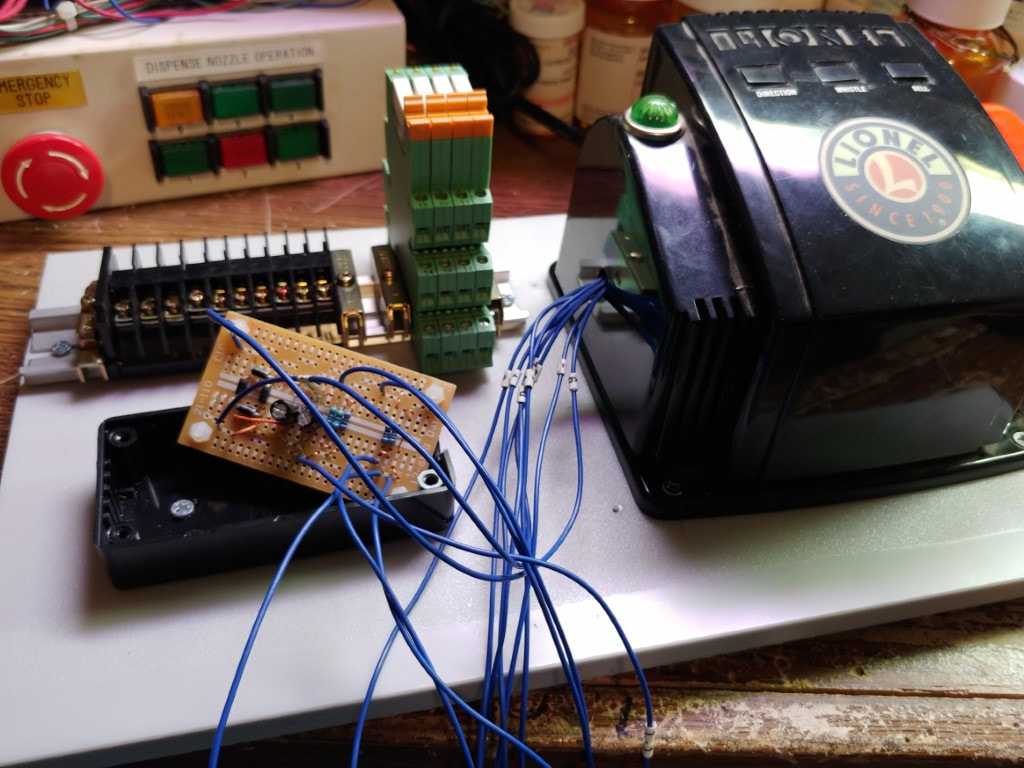 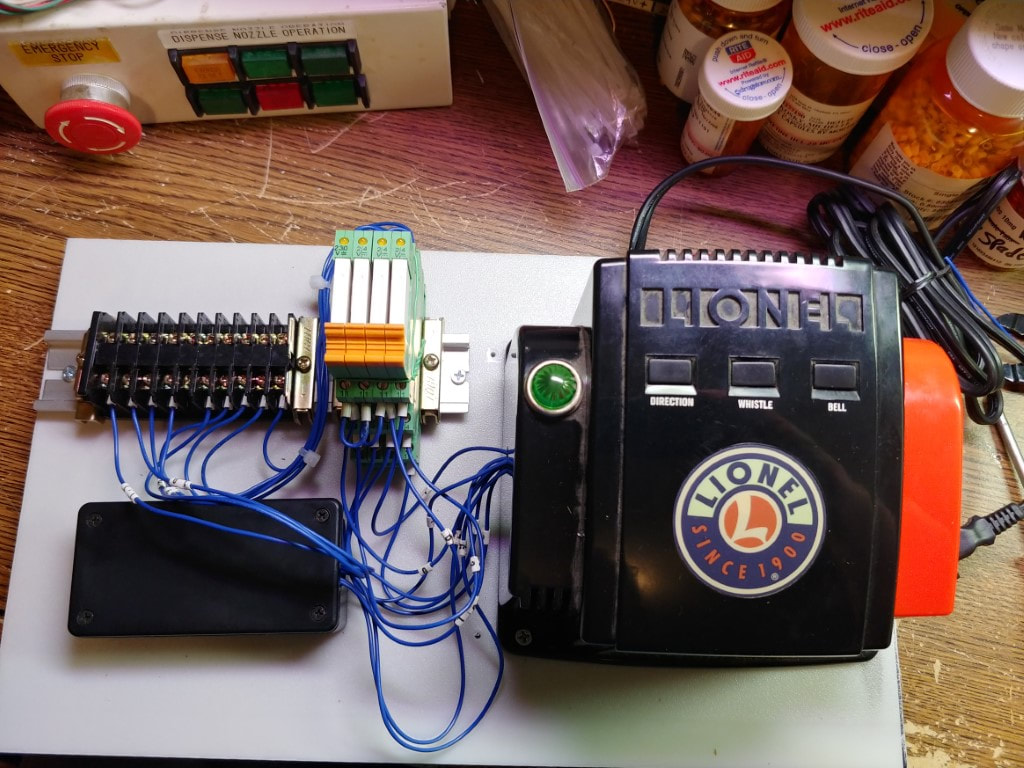 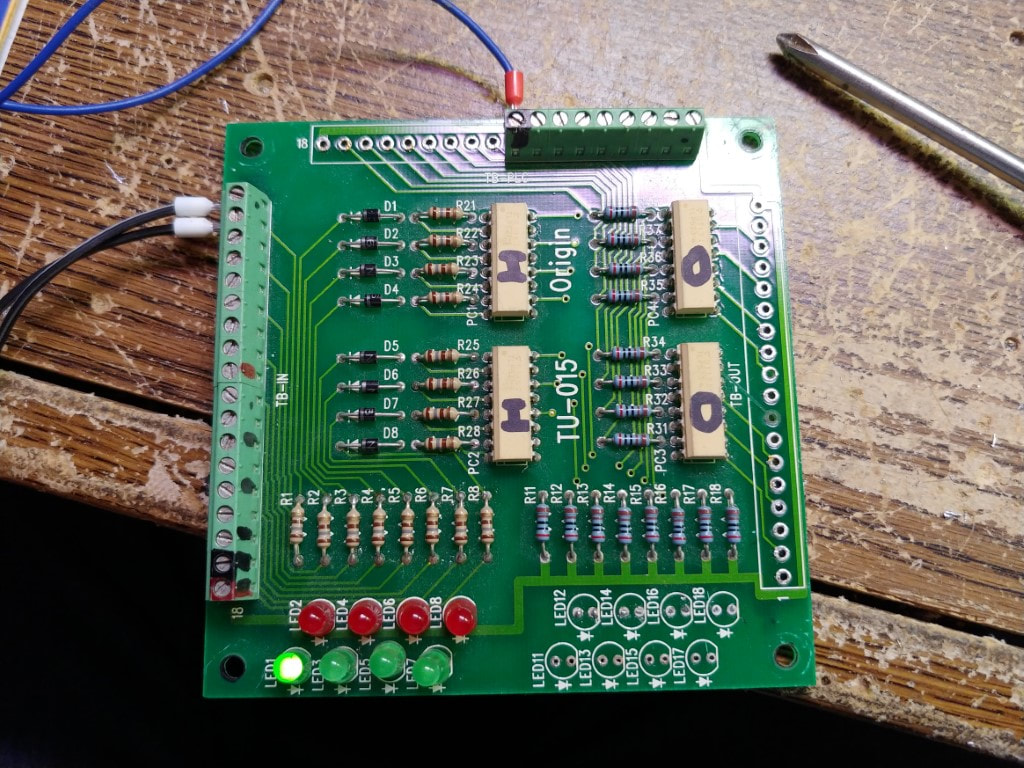 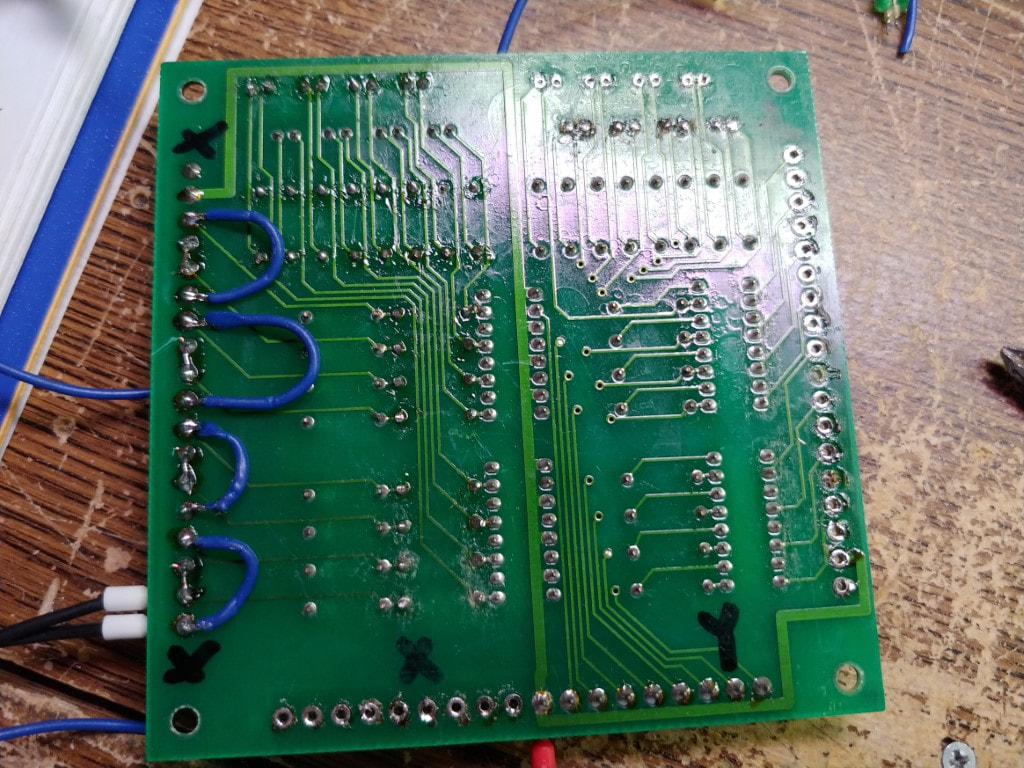 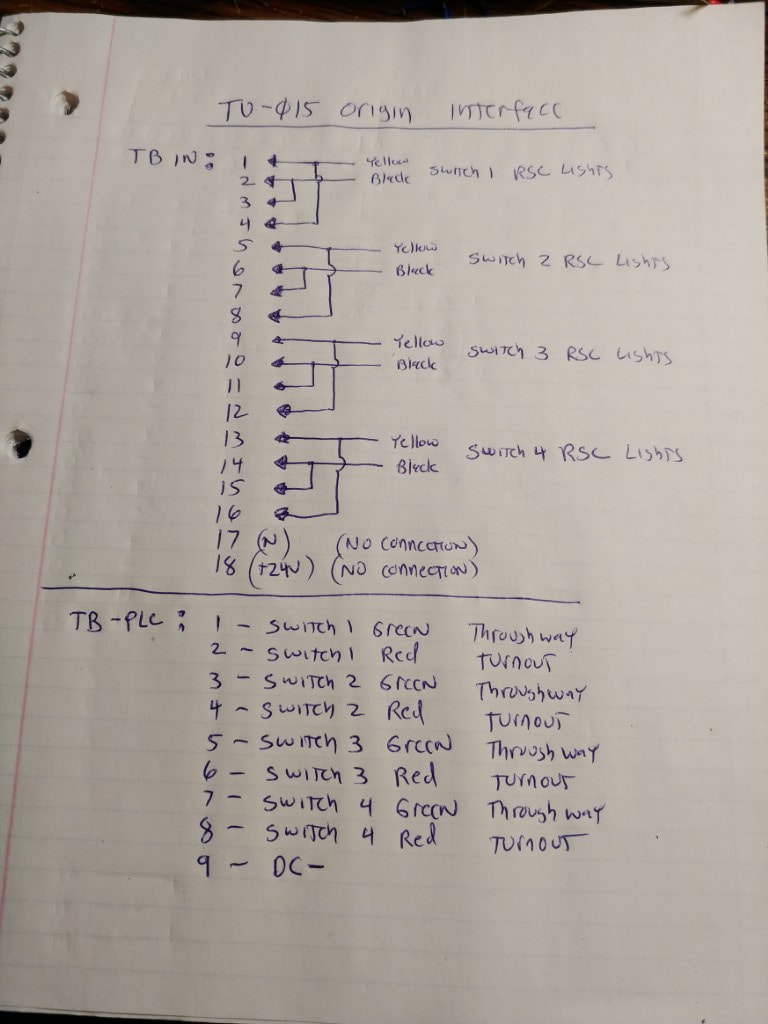 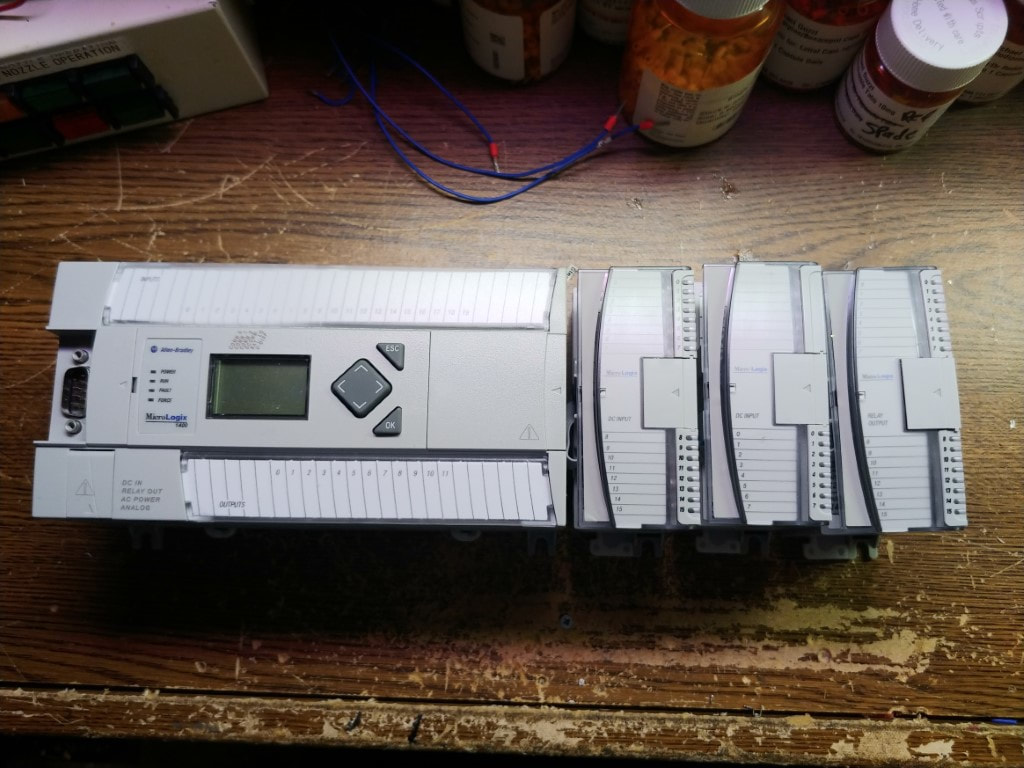 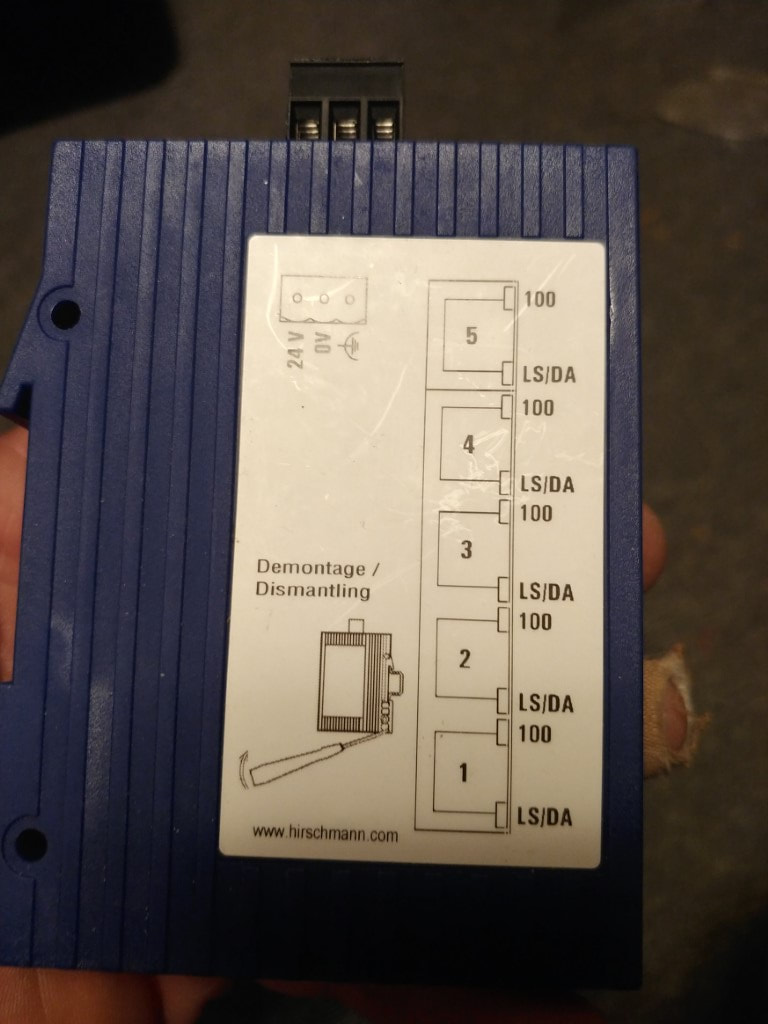 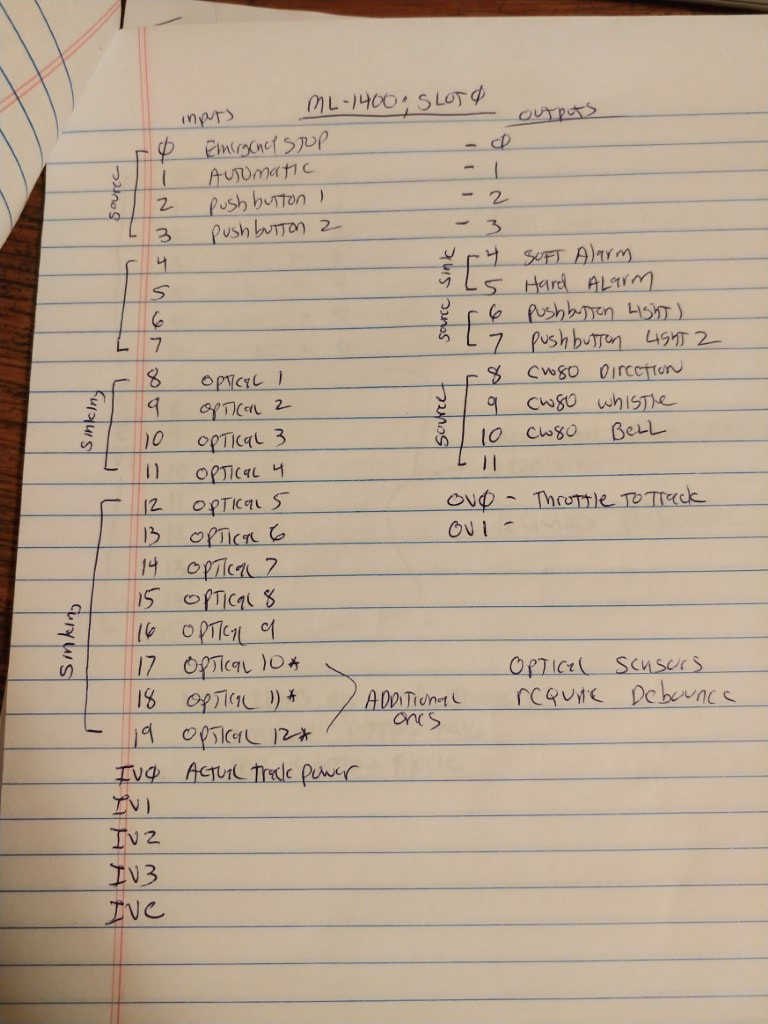 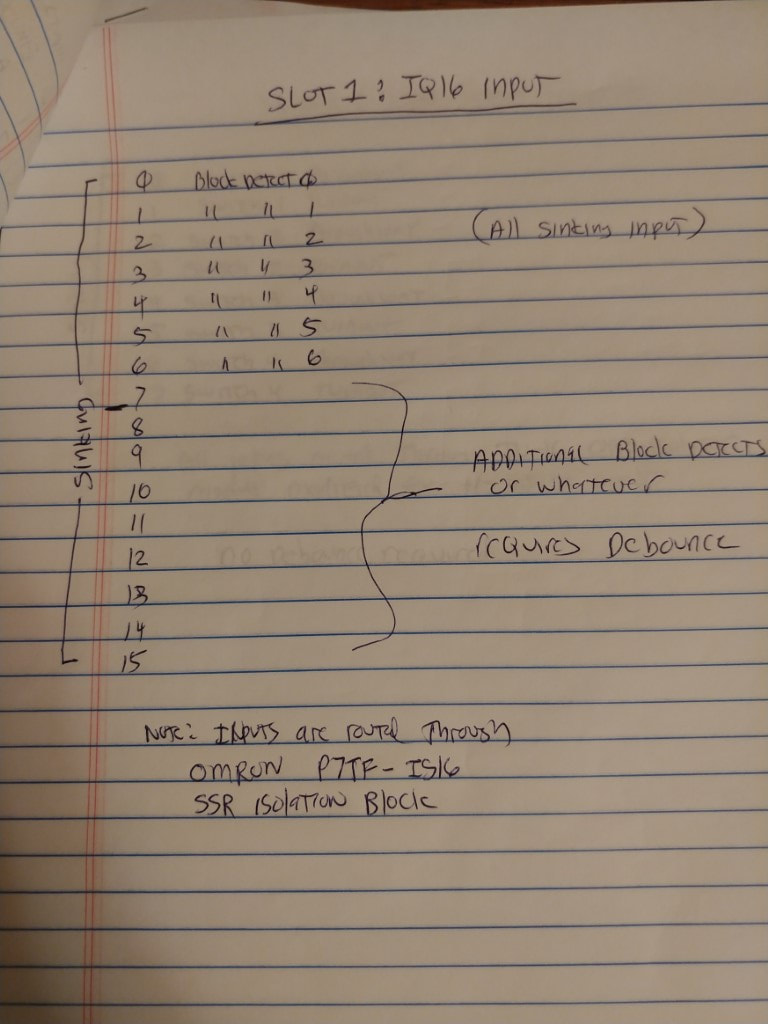 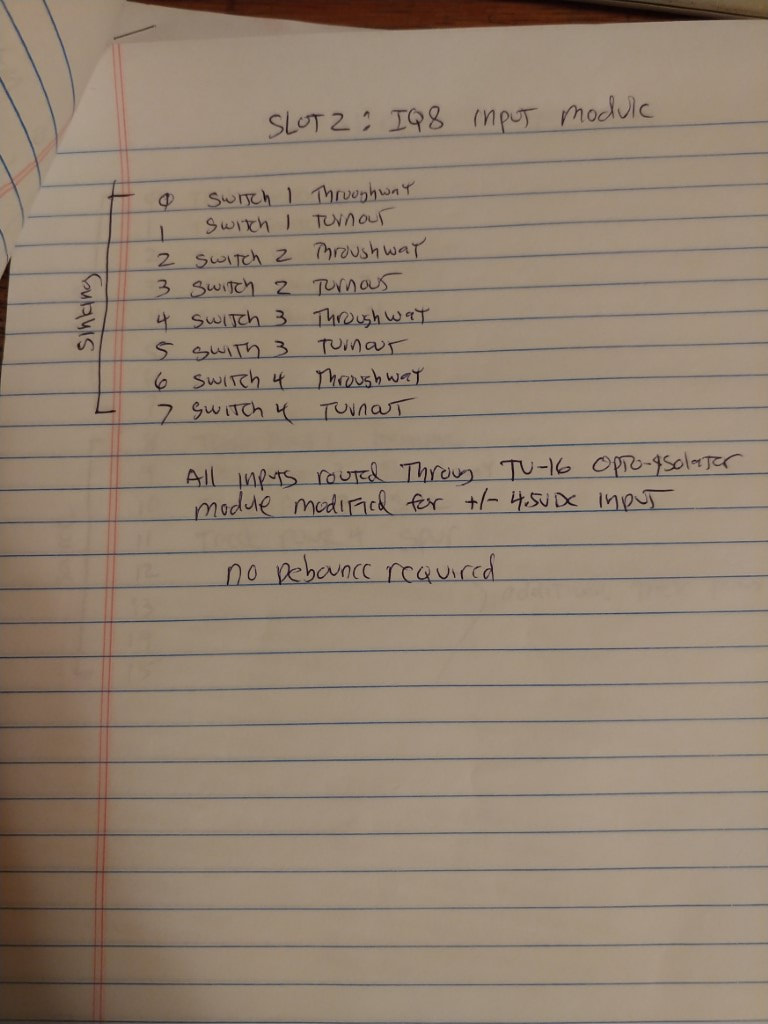 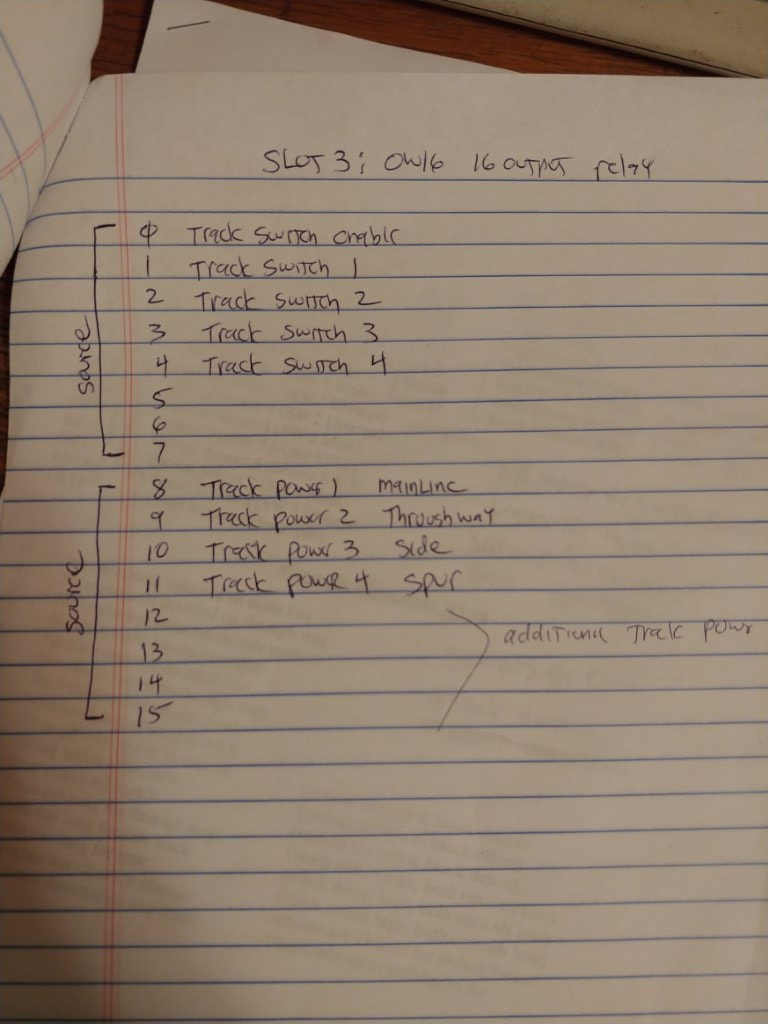 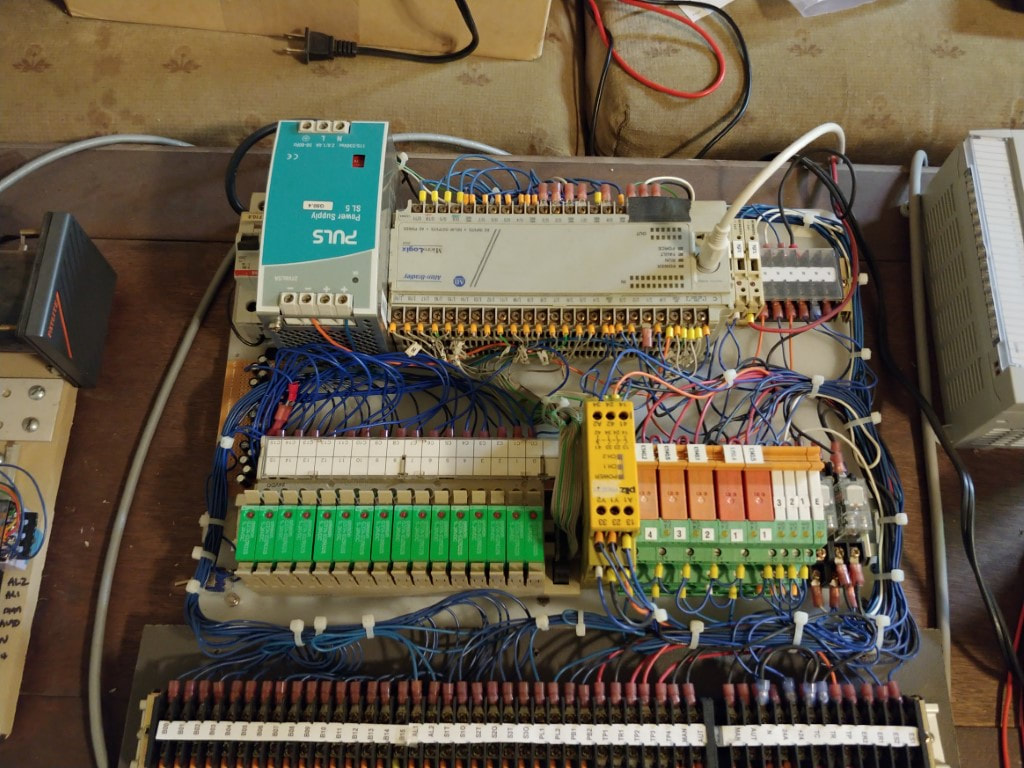 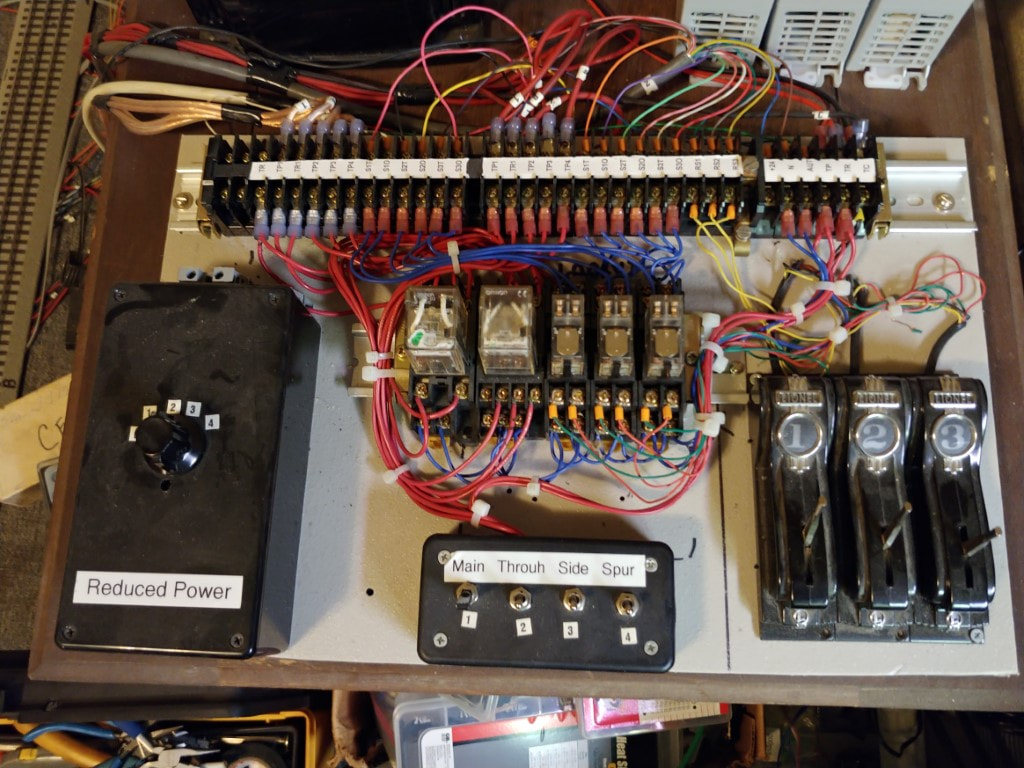 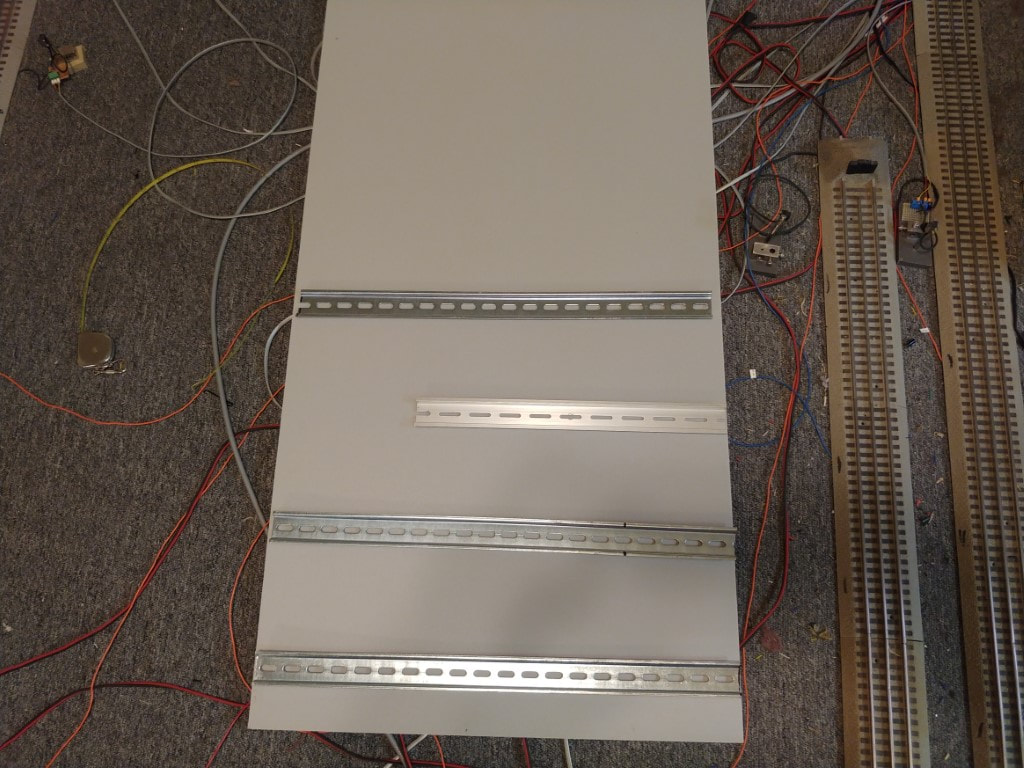 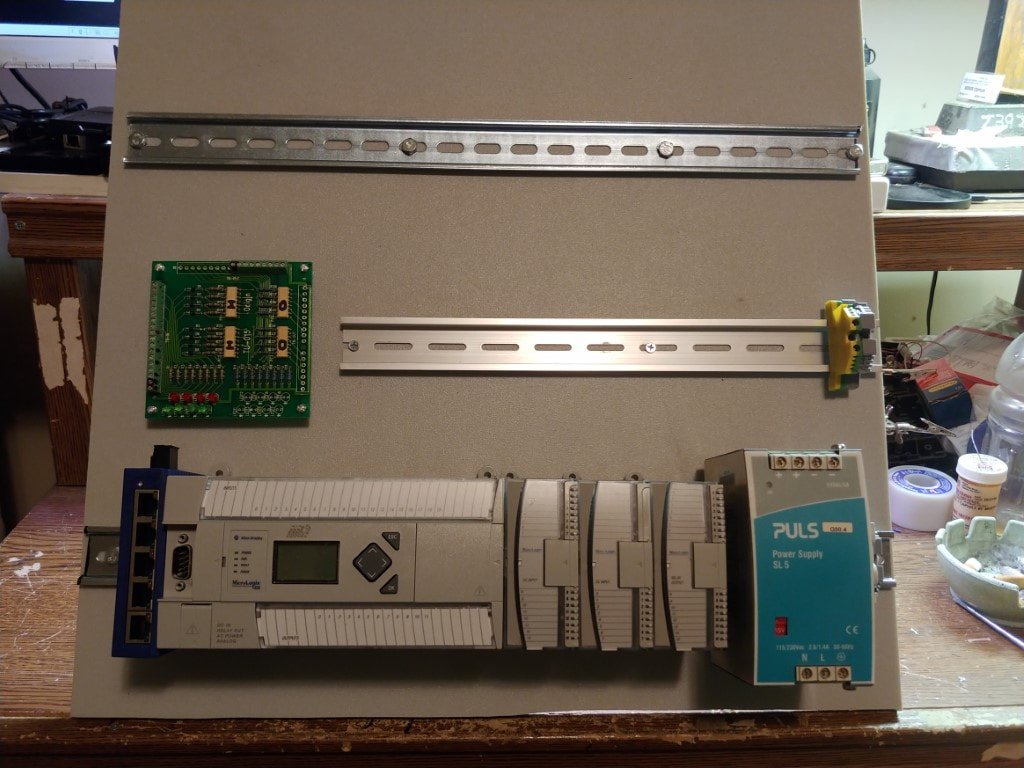